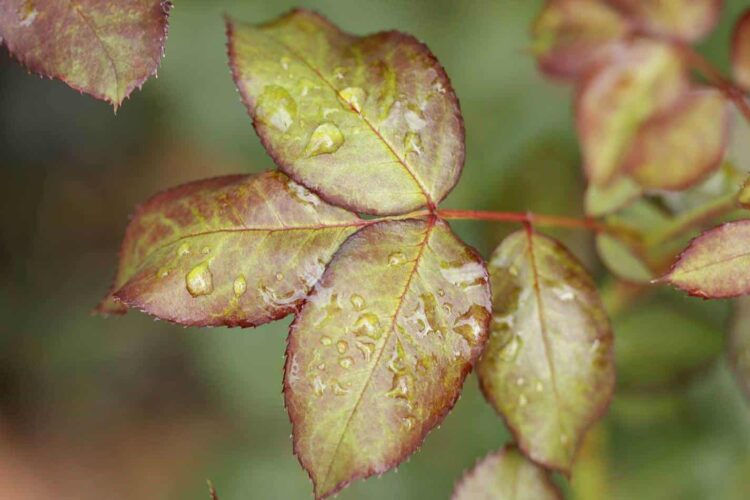 Sourcing food is one of the most talked about topics on stick insect forums. For example, “can stick insects eat rose leaves?” is a pretty common question.

Yes, many species of stick insect do eat rose leaves, particularly those that enjoy bramble leaves as well. The best way to find out if your species does is to put some in their enclosure and see what happens. Don’t worry though as they will not eat anything harmful to them, and will ignore leaves they don’t like.

Understanding your insect’s diet begins with a general understanding of eating habits. The first thing to know is that stick insects are herbivores. They eat only plants. Note that they do not eat every single part of a given plant either. Stick insects tend to prefer leaves first. If they absolutely have to eat stems and blossoms, then some species will but doing so is rare. Just feed yours enough leaves and you’ll never have to go there.

We talk a lot about what specific species will eat, and that is for good reason. Each species has one or two particular plants that make up most of its diet. For this reason, stick insects are sometimes referred to as finicky eaters. And even within a single species, one stick insect may prefer a single type of plant leaf while another will eat two or three kinds of plants leaves.

You can rest assured that stick insects know enough not to eat plants that are toxic to them. Their instincts are particularly good that way. However, this does not apply to normally non-toxic plants that are made toxic by external means. This brings us back to rose leaves.

Get Your Roses from the Wild

If your particular insect is from a species that eats rose leaves, you are in good shape. Whatever you do, don’t get your roses from a commercial establishment. Why? Because the plants were likely sprayed with insecticides multiple times during their growth. Those insecticides could prove toxic to your stick insect.

Your best bet is to get roses from the wild. If that is not possible, visit a local nursery that grows roses indoors. You may get lucky and find they have plants that were not sprayed. Ask if you can purchase leaves from them. Just be sure to explain why you need leaves that have not been contaminated with insecticides.

If all else fails and you are forced to purchase rose leaves from a source you do not trust, at least rinse the leaves thoroughly before you feed them to your stick insect. Rinsing is your last line of defence against insecticide contamination.

More About the Rose Plant

The rose plant is a good choice for stick insects because it is a good source of nutrition and provides some natural defence against predators in the wild (because of  the thorns). The rose is a woody plant and one that flowers perennially. It is part of the rosacea family of the Rosales order. There are more than 100 natural species of rose, most of which are native to Asia. Some species are also found natively in portions of Africa, Europe, and North America.

Then there are hybrid roses created via human cultivation practices. Dozens of hybrids sport all kinds of colours as well as different kinds of flowers. The good news for you is that your stick insect isn’t concerned about all these things. It is after the leaves only.

When to Feed Your Stick Insect

Your insect needs a steady supply of leaves to remain healthy. So whether you’re feeding it holly, rose, or something else entirely, a good rule of thumb is to make sure there’s at least one or two leaves in the enclosure at all times. Keeping multiple insects in the same enclosure obviously means more leaves.

Note that stick insects are nocturnal. They are more likely to eat at night, so put those rose leaves in the enclosure just before you go to bed. Check the enclosure in the morning when you wake up. If the leaves are completely consumed, leave a few more before you head out for the day. Then check again when you get home.

So there you have it. If you have wondered whether or not your stick insect can eat rose leaves, remember that you have to determine the species first. If yours is an Indian stick insect, rose leaves will do just fine. In the absence of rose, you can always use bramble or privet instead.